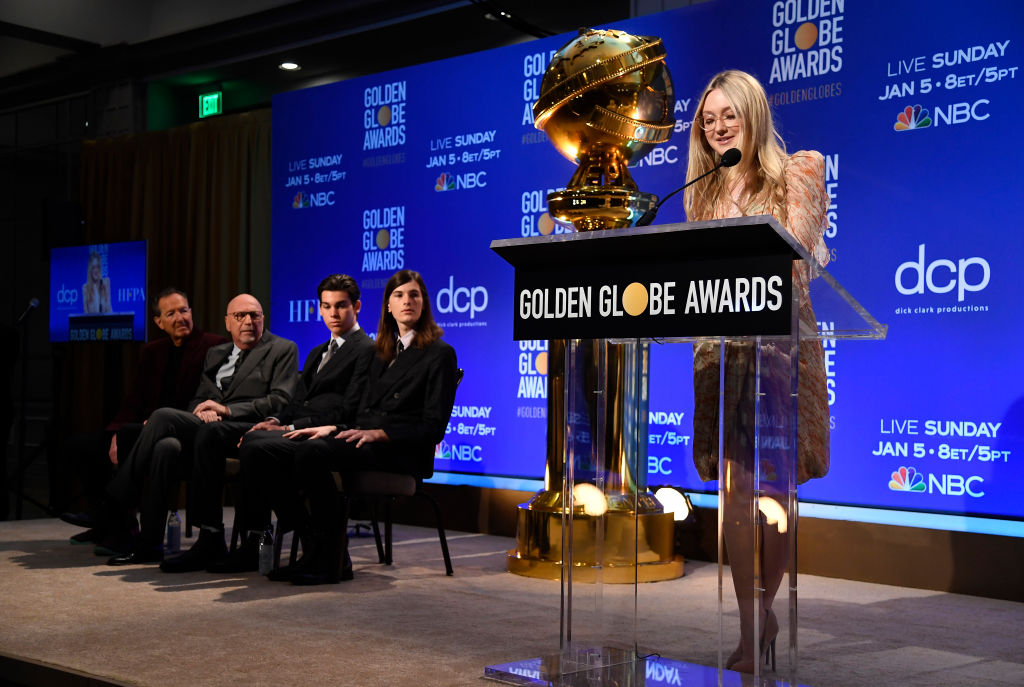 Hollywood Foreign Press Association (HFPA) announced its list of film and television nominees for the 77th Golden Globes. The ceremony will be held on January 5th, 2020 and the host is Ricky Gervais – for the fifth and, in his own words, final time.

The front runner in the film categories is Marriage Story with six nominations. Noah Baumbach’s project has earned nominations for Best Motion Picture – Drama, Best Director, Adam Driver, and Scarlett Johansson have each received a nod from the HFPA and so did Laura Dern – as a supporting actress. The film has also received a Best Original Score and Best Screenplay nomination.

Coming in behind Marriage Story is another Netflix release – The Irishman – with five nominations in total, together with Once Upon a Time in Hollywood. The somewhat surprising news for the Scorsese film is that Robert de Niro was not recognized for his portrayal, but equally good - if not better - Joe Pesci did, and he is nominated next to Al Pacino, both as supporting actors. When it comes to Tarantino’s film, both Leonardo di Caprio and Brad Pitt were nominated in their respective categories.

The controversial Joker is in fourth place, with four nominations. The film itself, director, actor, and score were considered Globes worthy, but the film did not receive a screenplay nomination.

A pleasant surprise in this year’s Golden Globes in the South Korean black comedy thriller Parasite. The film was received with applause from the critics and audiences and is nominated in the Best Foreign Motion Picture category, while Bong Joon Ho, the film’s director is also nominated. It is rare for a foreign film to be mentioned outside of its category, but this also happened last year, with Alfonso Cuarón who won the award for his work on Roma.

Competing for the award next to Parasite is The Farewell, a US production, but with the dialogue mostly in Mandarine and directed by Lulu Wang. The director was passed up for the Best Director nomination, in a category which again is consisting only of male directors. There are two nominations for The Farewell since the lead actress Awkwafina got a nomination herself.

When it comes to animation, HFPA decided that Disney's Lion King, in fact, belongs in this category. While the studio announced the film as a live-action rendition of the 1994 classic, it was confirmed that every scene but one was created digitally.  Now, their remake is competing in the same category as two other Disney's films - Toy Story 4 and Frozen 2.

Moving on to television nominees, mostly talked about are the shows left out, such as Game of Thrones, Veep, and The Good Place – all Emmy favourites. Game of Thrones only received one nomination or Kit Harrington did - for best actor. Surprise snubs were also Watchmen, called one of the best TV shows currently on air and When They See Us – miniseries directed by Ava DuVernay, about five Harlem teens who were accused of a brutal Central Park attack they did not commit.

Speaking of the names that were nominated, the new Apple TV+ release The Morning Show received a nomination for best drama, together with Big Little Lies - while the first show is engaging and relevant, it is hardly one of five best drama on television right now and the latter one shouldn't have had a second season. In the Limited Series or Motion Picture Made for Television category, Chernobyl is in the lead, with 5 nominations. And in the comedy category are favourites - Fleabag, The Kominsky Method, Barry, The Marvelous Mrs. Maisel - which are joined this year by Netflix’s The Politician.

Golden Globes are looked upon as Oscar’s predictor, which did seem true in 2019 when Rami Malek, Olivia Coleman, Regina King, and Mahershala Ali received awards at both ceremonies, with Green Book winning the Best Picture and Roma’s Alfonso Cuarón winning Best Director. Still, there is greater security in saying that the nominations simply signal what could we see reflected in the Academy nominations. In any case, will have to wait until January 13th, when the announcement of those is scheduled and until then you can look at the entire nominees' list at www.goldenglobes.com and see if some of your favourites were lucky.