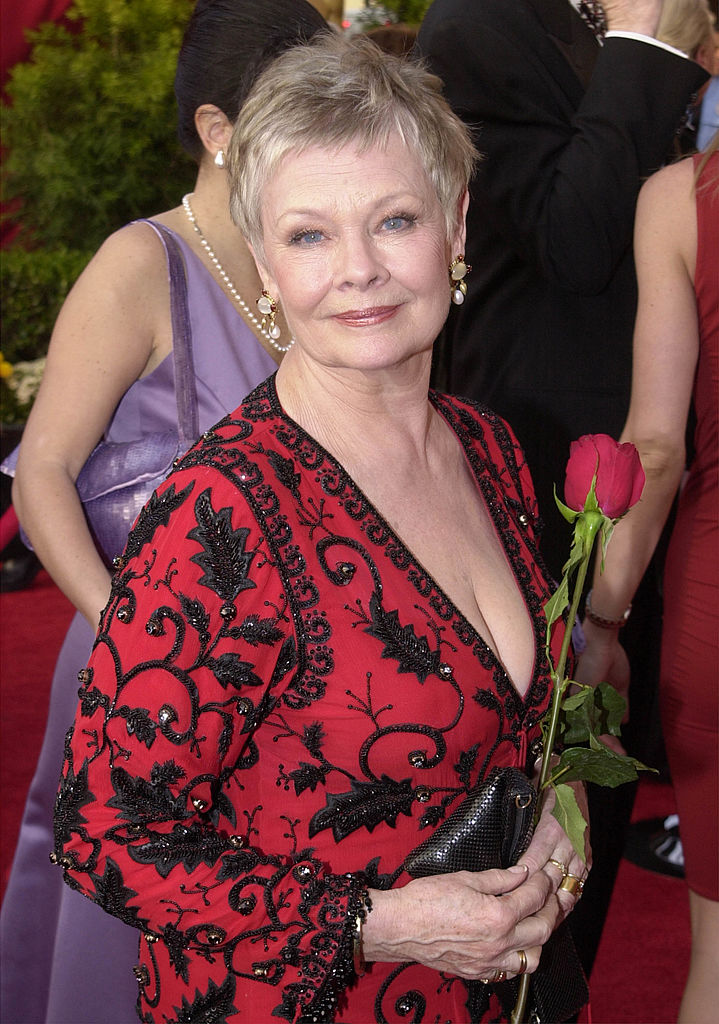 The Dame on the Screen

Blue eyes, stern and compassionate at once, lock my attention. It is 10 AM and I have stumbled upon a documentary about Shakespeare´s work, but it was foremostly a well-beloved small figure with the voice to bury mountains that drew me closer. Without imposing, an actress with a pixie-snow white hair engages in a conversation, using her whole body in a split second, explaining her first encounter with a tribe in Africa, as a part of RSC´s Macbeth tour. They laughed every time there was a rhyme at the end. Thane of Fife had a wife brought the house down, she says between two laughs to two former acting students, equally engaged in her hearty reminiscence as me, miles away. This is how Judi Dench always is, all thunder and subtlety for almost sixty years and now, most recently crowned at UK Screen Awards for her outstanding contribution to UK Film.

There is no woman more deserving of Bard´s quotation And though she be but little, she is fierce. Starting out as a student in stage design Dench realized, visiting one of the productions with a lavishing stage frame, she might not be on the right track. Within a year she has been enrolled as an acting student of Central School of Speech and Drama, having Vanessa Redgrave as one of the classmates.

Her love for Shakespeare expressed bountifully in the acceptance speech whilst recalling a bitter rejection, started at an early age visiting the production of Macbeth, where one of her older brothers played Duncan. Dench will go on to star as Lady Macbeth 1976. Trevor Nunn´s acclaimed production at The Other Palace, with Sir Ian McKellan in the leading male role. She was to use the proscenium arch for many curtain calls over the years, from Stratford to National Theatre, is the designer of human souls, the architect of the other life under the watchful eyes of likes of Peter Hall, John Barton, and John Webster.

She is humble as much as resourceful on stage as she is on screen. Starting the film career somewhat later in the 90s, she has moved swiftly and did not stoop to conquer.  Being cast as M in James Bond franchise - modeled as it has been rumoured on Dame Stella Rimington, the real-life head of MI5 - starting with Goldeneye, Dench has until recently resided over the agent in Majesty´s service with an unsurpassed stern and tough-love compassion.

From Chocolat and her bitter grandmother Armande Voizin to Iris and Richard Eyre´s Notes on a Scandal, Dench has proved herself a living contradiction, flowing between the rhythm of iambic pentameter to big screens with her stout vigour and profound awareness for the living soul.

Handing over the award was director John Madden, who has been more than deserving teaming with Dench. First in Mrs. Brown where she brought to life Queen Victoria and her relationship with Bill Connolly´s John Brown, and later for one of her nine Oscar nominations and a win for the in Shakespeare in Love. Her rendition of Golden Age´s Elisabeth I earned her the statuette for 8 minutes of screen-time, which set a record among her peers to this day. It is safe to assume the actress who earned herself another nomination at the age of 80 for Philomena has still some spell left for years to come.