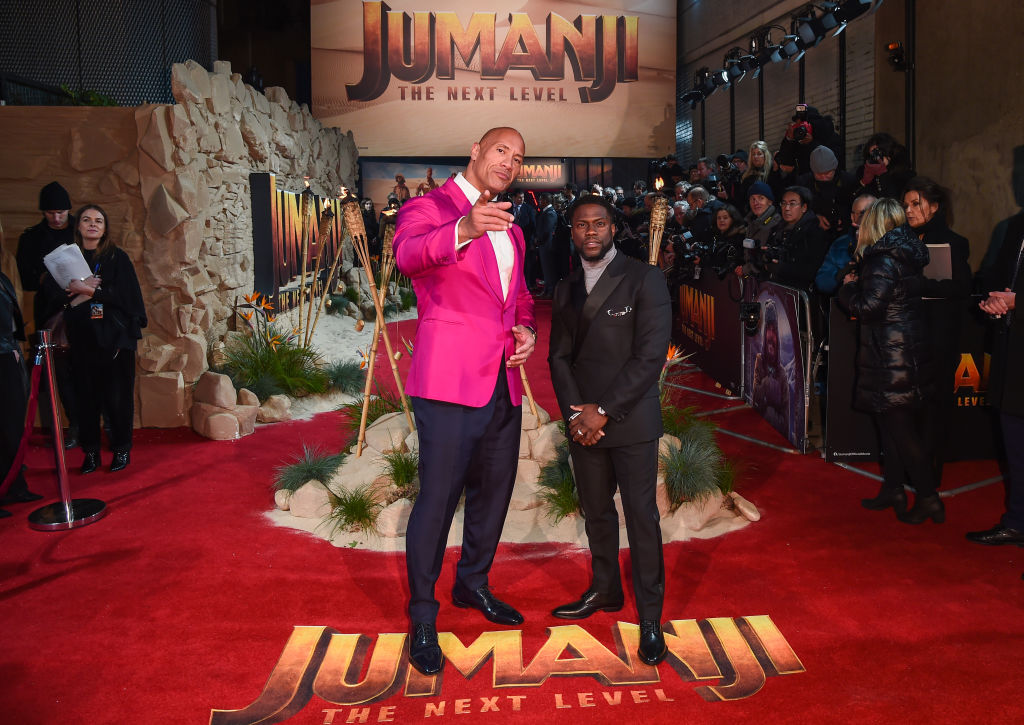 Jumanji 2 is in theaters

What can we expect?

While the fantasy - adventure - comedy film is set for domestic release on December 13th, it already premiered in 18 territories - including France, Iceland, Singapore, and China. The estimates now put it at $60+ million for its first weekend.

Jumanji: The Next Level is especially predicted for success in China, one of the reasons being the popularity of Dwayne The Rock Johnson.  The actor's previous films, such as Rampage ($156.3M), San Andreas ($103M) and Skyscraper ($98.4M) have made him a superstar in this country.  Numbers such as these make it clear why Hollywood is making China their next territory to conquer.

The first sequel of the 1995 film came out in 2017, to similar box office predictions. Welcome to the Jungle grossed $404.6 million domestically and $962.1 million worldwide. Over the three-day weekend, the film grossed $36.2 million, finishing second, behind Star Wars: The Last Jedi and it eventually became Sony's highest-grossing film domestically by surpassing Spider-Man.

This time around, the main cast is back, with Dwayne Johnson, Karen Gillan, Kevin Hart, Jack Black being joined by newcomers Awkwafina, Danny de Vito, and Danny Glover. The characters once again enter Jumanji, this time to find their friend Spencer who goes missing after repairing the game's system. They are, accidentally, joined by Spencer's grandfather Eddie and his friend Milo - before getting a chance to choose their avatars.

Sony’s 2017 film has been declared funny and the cast played their roles with enough heart and charm to make some almost forget the fact the idea is unoriginal and unnecessary. Will this one manage to please the critics to the same extent? Wait for your local release date and find out.