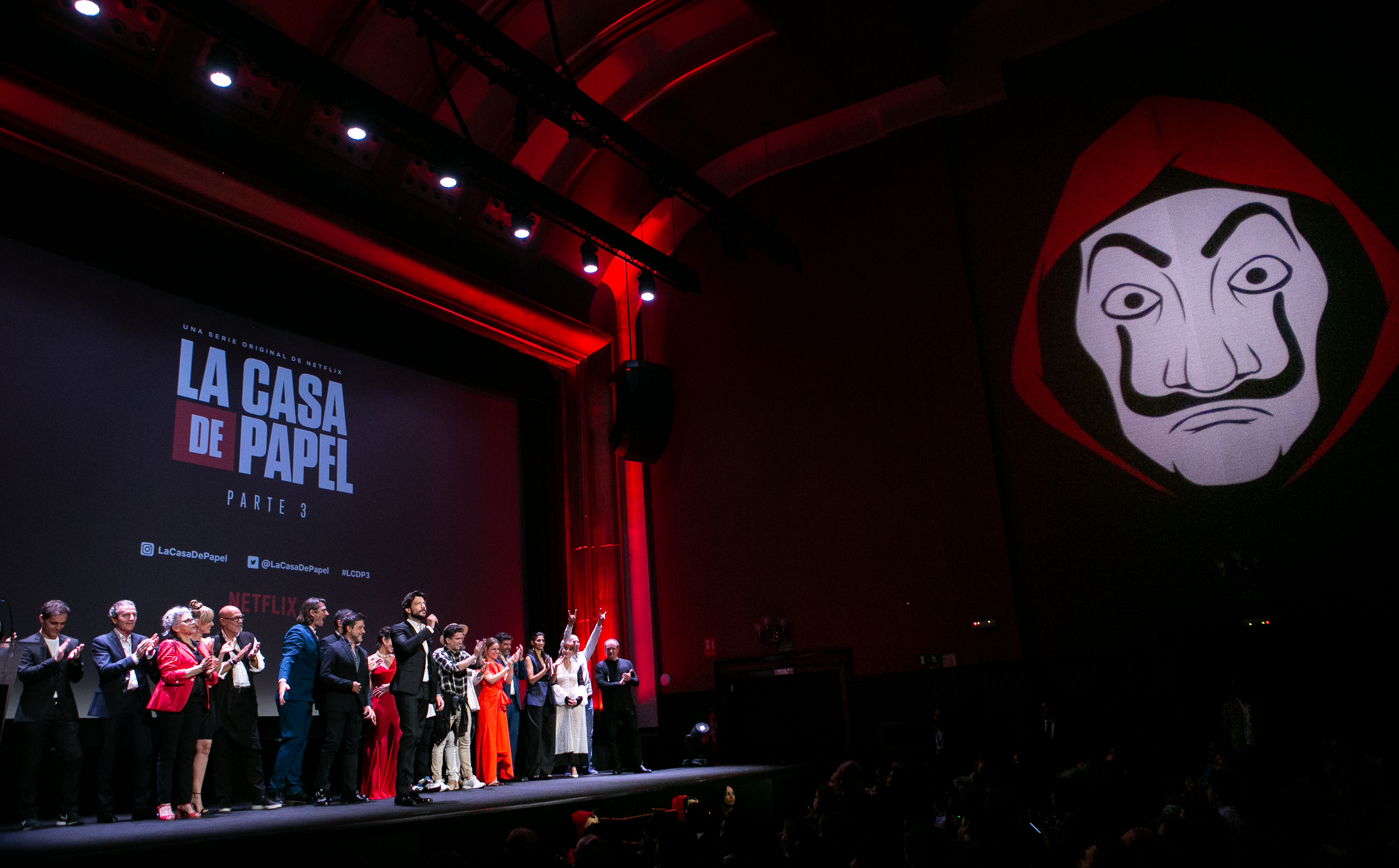 Five new titles not to be missed in April on Netflix!

Spring is here, in your four walls, so why not enjoy Netflix?

We wait for the start of spring each year in the hope of being more out of our home than within the four walls. The situation is much different this year. In addition to spring flowers, green newly emerged grasses, spring buds, there is also a small invisible and yet terrible enemy - Covid-19! Our suggestion is to stay at home. There will be more spring in our lives. We must not allow this spring to be for another person - last spring. Because we ignoring the danger of contagion.

Netflix made sure that staying in front of the TV screen wasn't a bad choice for us. The list of new movies and series that opens during April 2020 on Netflix is long over the internet. We did our best to single out some new titles among the series, which we should not miss. Everything is arranged by the premiere date on the streaming service, so you have both a recommendation and a reminder at the same time. So let's get started!

The only title on this list of recommendations - and it's not the first season. The sequel to the most popular Spanish thriller series of all time. More importantly - the most-watched Netflix series. And not only in the Spanish language. We recently made a more extensive announcement, so let me highlight something basic.

As season three ended with several open questions, we have identified three main issues. How does the team reunite when the Professor is on the run, and Lisboa is arrested? Is Nairobi dead or just wounded? Is it possible for Belin to return in season four after we all think he was killed? Specifically, Berlin appears in the trailer for the fourth season. It's not entirely clear if it's just some flash-back, or is it coming back to the series' sequel?

The series opens 3. April 2020. Eight new episodes can be viewed in the piece.

Do you like comedies, and are always on the lookout for something new? The new Netflix series about estranged Wilhelm brothers, beer experts, is not just for beer drinkers. Starring Alan Aisenberg and Mike Castle as Wilhelm Brothers, who, despite the complete diversity of character, are trying to start a brewery. It's a comedy about a situation. Two completely different personalities on one project. Family business? There will be problems for them, for us a reason to cheer ourselves up in front of the screen. The authors of the series are the brothers Greg and Jeff Schaffer. Obviously, through their life experience, they have amassed enough 'material' to share with us.

The series will have eight episodes, starting April 10, 2020.

After a breakthrough, South Korean cinematography with Parasite, now we turn to the tv series. We wrote about the Kingdom, you can already watch the best series about zombies this month 2020 on Netflix. What is about in the new Extracurricular series? First of all, this is a teen-crime series. Oh JiSoo - starring Kim Dong-hee is an exemplary high school student who commits a crime to raise money for his studies. A serious crime. Since this is not a psychological study but a teen-crime series, Oh JiSoo has a bunch of friends. Some of whom are involved in crime. Some people know about the crime. We will find out how it works, and whether Oh gets away at the end of April 2020.

The series will have eight episodes, starting April 29, 2020

After the popular series - Dark, another interesting German tv series is coming to us. The theme of the series is specific, a kind of bio-medical horror. Mia Akerlund - starring Luna Wedler is a medical student fascinated by the world of biohackers. When her brother dies in her first semester of medical studies in Freiburg, Mia enters the dark illegal world of genetic engineering. Mia finds friends who help her, and she longs for revenge. The showrunner of the series is Christian Ditter, who said about the series: "Working with Netflix has allowed us to tell a gripping story that focuses on multi-layered and believable characters."

A Taiwanese series we just can't wait to see. Reason? The main character interpreted by Joseph Chang is a forensic detective suffering from Asperger's Syndrome! Remember Saga from one of the best European thriller series of all time - Bron? People who are very good at what they do, but social relationships are a mystery to them. Now comes another incredibly interesting piece of information! Tiffany Hsu played a reporter who's suffering from claustrophobia! What a couple, Asperger plus claustrophobia! The series was filmed in a real pathology lab, so when the real dead body arrived, the recording stopped. I must admit this is by no means missed! Especially since the original title of the series is: Who is the Victim?

The series opens on April 30, 2020. We'll find out how many episodes there will be at the end of April.