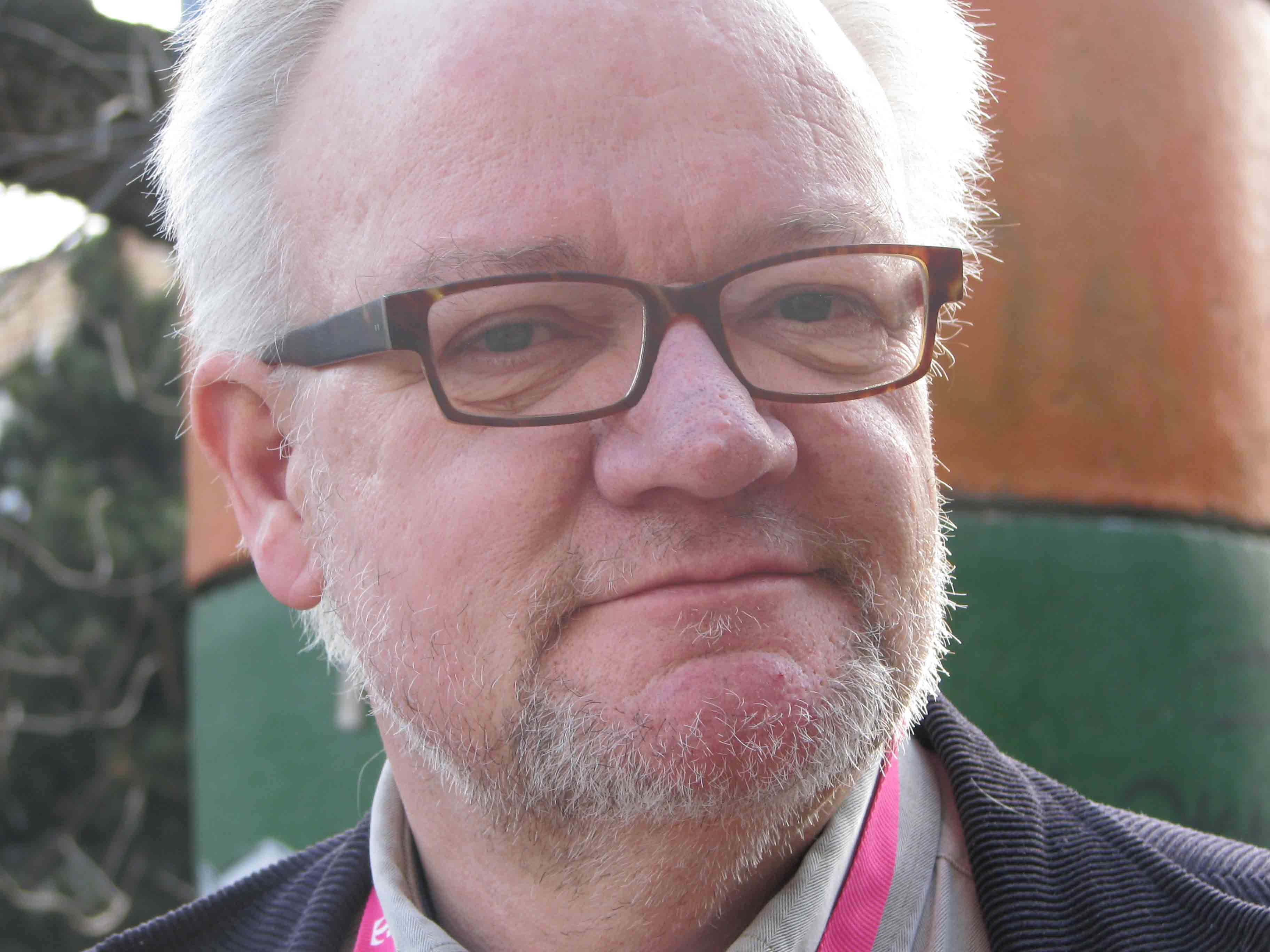 Ružica Anja Tadić in conversation about the world of documentary filmaking, consulting and film criticism

For Duart platform, our collaborator Ružica Anja Tadić spoke to Tue Steen Muller, who has been in some way involved in many documentary films, a member of film boards, jury member at the festival, festival selector, a professor in film schools and consultant. This year, Mr. Muller was a member of the jury of Documentary film selection at 26. Sarajevo film festival.

This year you are a jury member at 26. Sarajevo Film Festival, I was wondering would you tell us how you became part of this amazing world of documentary filmmaking.

Well. I'm actually educated in the book world, meaning that I'm a librarian by profession. It's now quite some years ago when the libraries played a very good role in ensuring films, showing films and short films, documentaries. And then I got into the Danish Film Board, which is now called the Danish Film Institute, and I stayed there for around 20 years. It was a big institution. There were production and money for production and there was money for distribution, it was distribution on film material, 16-millimetre reels, and 65mm. Now, some people are going back to make films on 16 millimetres.

I was there, to say following the development of documentaries, from ‘75. The development is very much based on the technical aspect because the 16-millimetre reels became the VHS tapes, which became the DVD, which now happens to be everything online. And that's, of course, been very important for the development of documentaries, and one of the reasons why documentaries are so popular today is that it's so easy to see them. So, I was one of those who was founding a European organization called Eden European Documentary Network. I was there for 10 years. Then, I've been freelancing.

I'm still addicted to documentary films, and it’s like that for 50 years. I'm very happy to see how it has been developed stylistically, and also maybe most important is how documentaries are seen in the eyes of the audience. In the beginning, they were seen as educational, only something for the classroom. And, of course, documentaries in many countries, including the one that you are in now (example Serbia), were used for propaganda.

You can see that, of course, there's still propaganda films and so on. But it's a much wider range. That’s the way I came into it. And, I never made a film myself. But, I was very much involved in many films when I was in the Danish Film Institute Film Board. I was commissioning films, giving money for films, so I have been following films very closely in the editing rooms. A lot of people are sending me rough cards and say, “what do you think?” And it's a pleasure to look at films like this.

As you mentioned the impact of technological development it made us easier to make documentary materials now on digital. How this change has influenced the editors of documentaries?

Yeah. Yeah, of course. The role of the editor, if we take that first, of course, because it has become much more significant today than, let's say, 20 years ago or something like that, wherein many countries the editor was a technical person. Today, an editor is supposed to be one who is contributing to his or her creativity. That's a big, big difference Now, with the small cameras, etc.

I mean, of course, you can film much more than before where you were filming with film material, which is much more costly and much more expensive, and the risk is that you are just shooting, shooting, shooting, and then you end up with 200 hours and you and you try to find out what is going to be. And there's a disadvantage of that, of course, because many editors will say, “I'm not going to watch 200 hours, please. I mean, figure it out. Give me some clues on what it should be.”

On the other hand, you can say that with shooting so much material, maybe you can get closer to something. And the private sense of video is another thing which is very important with the new technique. You can get enormously close to people, for instance. Now, there was a film called The Holy Father from Belgrade, in Sarajevo at SFF that we gave an award. And it's a director who is approaching his father. And of course, if it was in the old times with 35 millimetres or 16 millimetres, there will be a cameraman, a sound recordist and a producer. And in this case, I mean, now we are able to have just the director and the protagonist, the son and the father. Of course, you can get much more intimate scenes in this in this case.

The film that we gave the main award is from China A Christmas Eve where the director gets very close to the people. This is fantastic, but he's respectful and he gets close to some very intimate situations. I don't think you can say that technical development, I mean, the small cameras, et cetera, are bad or good. I mean, it's both. There are good things and bad things about it. Of course, you know, when you talk about compensation, many people are there with the camera and then, they are pointing it at what happens. Well, the directors of films I mentioned have thought about composition and framing.

How come it happened that the film board in Denmark was so interested in supporting documentary filmmakers?

In Denmark, there's a long tradition for documentaries. It goes back to just before the Second World War when the state set up to distribute documentaries. At that time, it was a film that was serving the purpose of information simply on what is happening in Denmark. From informational films about issues in Denmark, it developed and became films which were critical. To the governmental policy is critical to social problems and then we started to have a role as a board to be a tool in it, cliché like being a tool in a democratic society. And it has stayed like that.

At the same time, it has been recognized as an art form and most of the productions that the Danish Film Institute does today. In terms of supporting films to be produced and distributed and informed about is something you can read in the Danish film law. And there's an agreement between the Danish Film Institute and the Ministry of Culture of how much money there should be for documentaries and fiction films and how many films should be produced per year. So it's I think it's around 25, 30 documentary films per year. State supporting documentarists is not questioned any longer. Except for, if let's say, the Institute is supporting a very controversial film, then, of course, a debate can come from the political side.

This has happened. There is not a lot of politicians who can say what they like, but they are not allowed to go in and say, “Please, we cannot”. “We cannot, you cannot support this film because of its controversy”. So this is, of course, a very important issue which is getting attention from the audience. And it has, again, to do with the technical development that all films which are supported by the Danish Film Institute should be, according to the law, made available one way or the other to the audience, to the Danish population, which has paid for the films through checks, etc. The producers of the films are obliged to make them available on VOD, on a platform or and or show them in cinema. If that is possible or has them shown on television, etc... So this is a system which is very well implemented.

Several times you were in the position of the consultant and seeing documentary rough cuts. So, how would you describe this position, has the experience of seeing many films helped you?

It has very much to do with experience, as you say it does. And. It has to do with if you can see when you were reading a project. And maybe watching a little trailer or teaser or if you are watching a rough cut, as you can see what is the ambition of the director. This is very important if it is clear if there is an ambition if you sense that here's a director who's been thinking about this project and has something personal to say to the audience. Personal in the way, as I mentioned, the Holy Father.

It's not strictly personal that it has to be something about the director himself and his own life, but personal in ways of him expressing, personal in style and form, etc... This is something I mean, there's no recipe. There's no recipe for a good film. And of course, during the years when I've been consulting and also commissioning films, I have made mistakes. But, I would also say that I have taken risks. I mean, putting some money into films where I didn't really know. "Well, will this be a good film or not?" that was always the question.

Could you say that there is a profile of a person that could become a documentary filmmaker?

As a documentary director, you should know the skills. I mean, I've been teaching in several film schools, and I always say, you have to know the craft. The skills you have to know are editing and how to use a camera. And then you should be orientated, I think, to the world and maybe in another way. The curiosity is something essential. The documentarists have an interesting curiosity to the world. Look around, go and look for what is happening wherever you are. If you are sitting in the cafe studying the people, what are they doing? How are they looking at what's, you know, what's going on?

I mean, try to find out how the world is. I think documentaries for me are, first of all, about people. I know that are also historical documentaries and informational documentaries, etc. The documentary director should be able to read the world and read the people and be curious and not be afraid, not be shy to go and ask people questions. Don’t become a documentarist if you haven’t done your research. 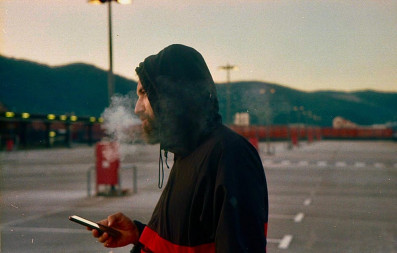 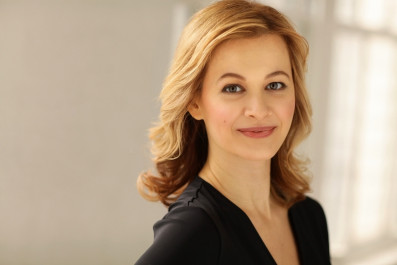 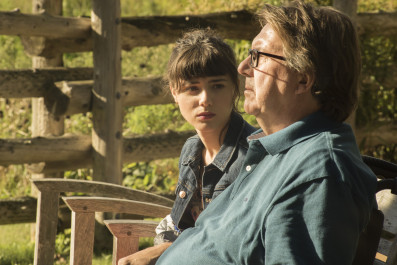 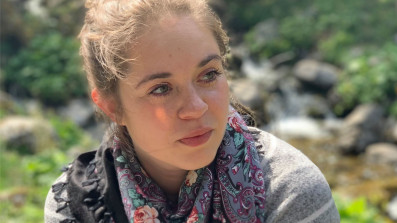 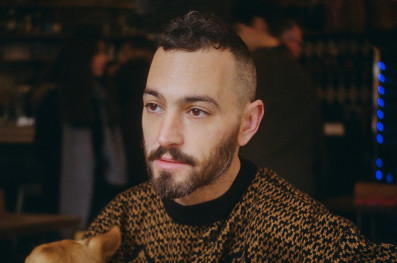 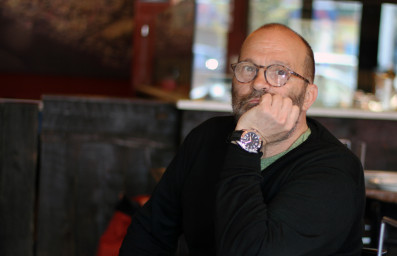 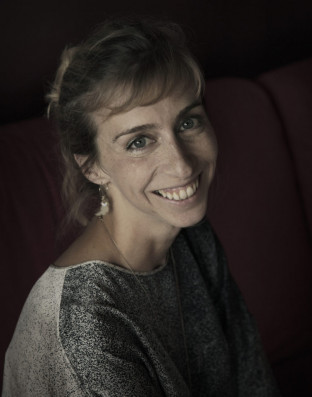