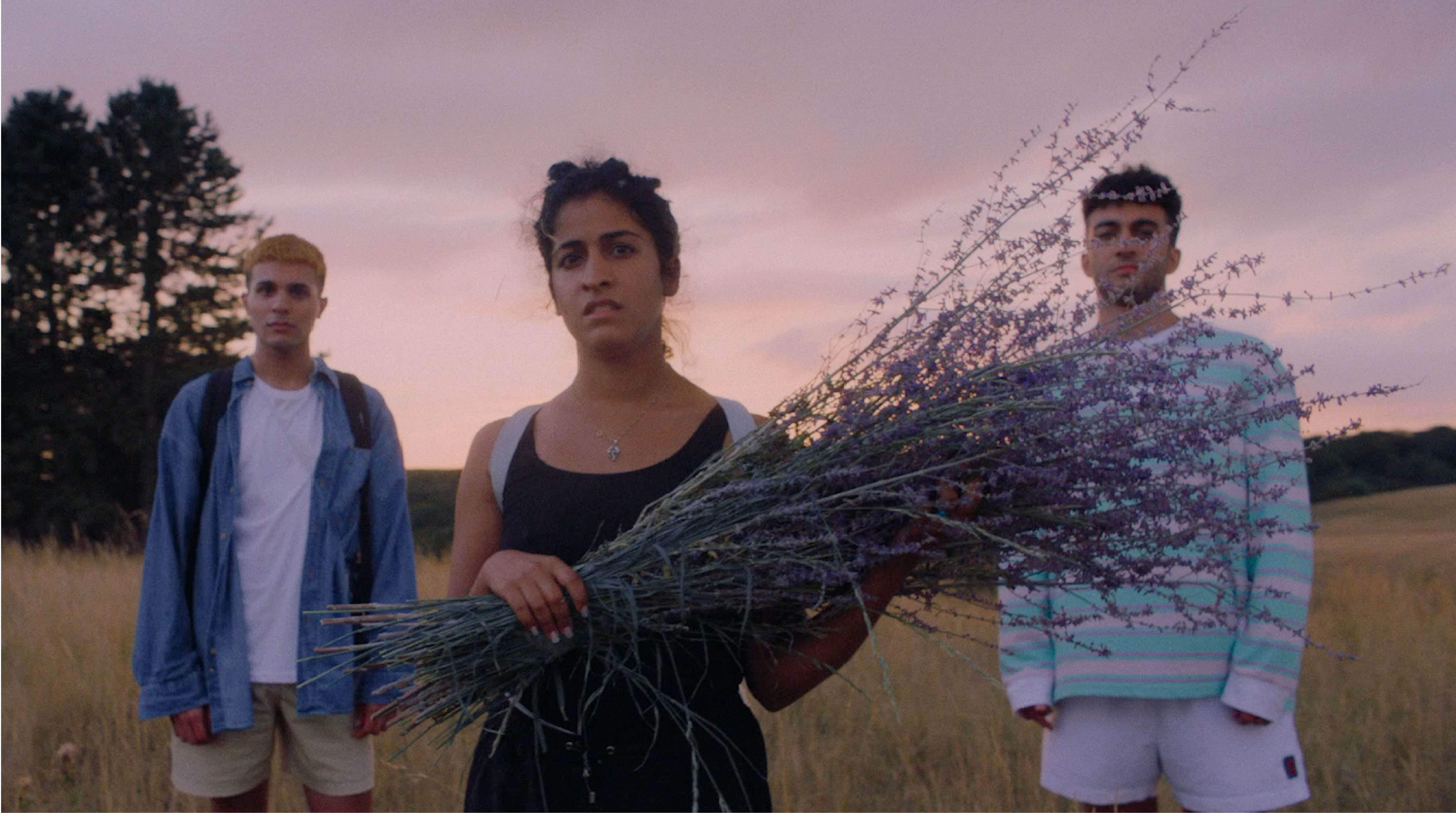 Futur Drei - Berlinale review: The desire to be German?

A VHS footage of a chubby five-ish years old boy named Parvis singing and dancing dressed in a „Sailor-Moon“ costume open up Futur Drei, the semi-autobiographical first feature film by Faraz Shariat, homosexual German directors with middle-eastern roots. As the grainy 90's videotape memory ends, we see present-day Parvis -starring Benjamin Radjaipour-, on the night of his birthday, in front of a club, talking to his family over the phone. It seems that he managed to discover and accept different identities he belongs to, and his life is more or less average by every measure. He likes to party, indulges in casual sexual intercourses, spends time with his caring family and there is a strong sense of empathy deep within him. There is also nothing worthy of condemnation in his tinier mischievous behaviour that gets penalised with him having to do community service at a refugee home.

This is where the story unfolds, as privileged Parvis befriends migrant siblings Banafshe and Amon – starring Banafshe Hourmazdi and Eidin Jalali- seeking asylum in Germany. The trio shares the same land of origin, desire towards Germany and they seek the same acceptance from the local community. Even thou their similarities, the individual problems each of them faces, on the other hand, are foul and marginalising in a particular offensive sense.

The film stays light with its tone throughout. Director Shariat focuses on revealing the life and issues the trio gets, without worrying to coherently merge and overarch them in a traditional narrative sense. This is rather a stylistic choice than an issue. Focus on situations helps these characters to develop and implicate that they are complex figures that are being marginalised on shallow prejudices. For Parvis, this is shown with his sexual intercourses that somehow always get to a nasty place where his skin colour/ national background is a „turn on“ for the local Germans he ends up with. “I think this was the first time I ever had sex with someone like you", says one of the Parvis's partners, obviously excited while simultaneously a bit ashamed after one of the intercourses.

Banafshe has a problem of getting stigmatised because of his sexuality both by other refugees as well as Germans while Amon is constantly getting objectified and viewed as „poor refugee girl that needs someone to provide a good life for her“.

The concern for the majority of viewers might be a bit more open presentations of homosexual intercourse, that will probably make this film 16+. By saying this, the use of sex is not conventional like one might see in the majority of films, it doesn't glorify the act, doesn't stray away from being visual and it is not done only in case of the emotional bond between two characters. Personally, I would love that the conflict between protagonists and the issues they have was as graphic as sex. Somehow all the situations trio gets into always end up on „a light“ side of the spectre. Nobody gets scarred deeply physically, even thou it is obvious that nasty situations trio gets into are building up mental scars.

I enjoyed overly stylised moments, that are in the easiest way explained as Dolanoesque, even thou they Shariat has a different use than Xavier Dolan for them. Another rather splendidly done aspect of the film comes as it moves towards the final act. The more story progresses, and the conclusions are needed, narratives become more poetic and the final resolutions are given more throughout visual stimulus of emotions. Older viewers/critics will soon probably start calling this focus on poetic value, emotions and smooth visualisations- also seen in Take me Somewhere Nice by Ena Sendijarević or Ema by Pablo Larrain - as "millennial kitsch".

Overall Futur Drei manages to present marginalised stories of the second generation of German migrants, as well as a new wave of refugees. It is a story of a new generation that possesses and sometimes struggles with multiple identities, did in a splendid gentle and compassionate way, that might be a bit of a challenge to view for anyone who is not ready to merge into new everchanging rules of cinematic experience.  It is a film which is worth more of a buzz than it is getting and an experience worth festival/cinematic viewing.