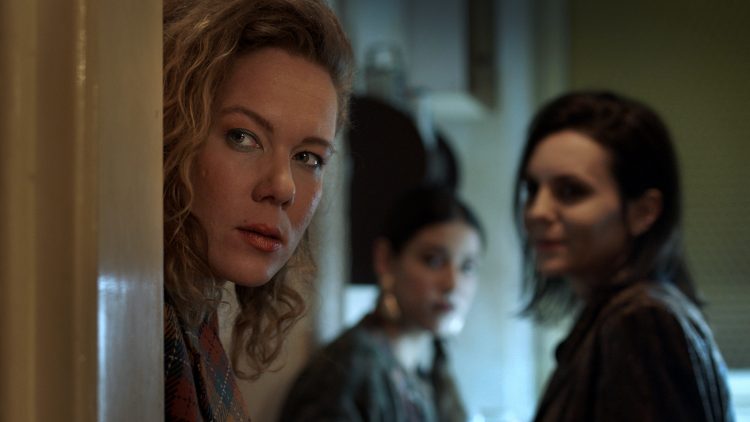 Celts - review: Every unhappy family is unhappy in its own way

but all birthday photos are the same

A woman in bed masturbates, lying in torn bedding and a ruined room interior. Her husband walks past her, unsure how to satisfy her. The introductory scene of the film Celts directed by Milica Tomović hints at cracks and inadequacies in the lives of the character, the tragedy of the disintegration of the state, without a complete personal transition.

Premiered on March 4, in the official Panorama program of this year's Berlinale Film Festival, the film won the Heart of Sarajevo Award at the 27th Sarajevo Film Festival. In addition to these two, the film lists selections at festivals across Europe.

The backbone of the Celts is woven around the eighth birthday of Minja (Katarina Dimić). Her mother Marijana (Dubravka Kovjanić) and her grandmother (Olga Odanović) have been preparing the cake since early morning. Instead of butter, there is margarine. Almonds have been replaced with walnuts, Step juice is stirred in a bottle of Coca-Cola, and the father of the smuggler procures ham from Hungary and this will be used for sandwiches. Meanwhile, Mina's older sister Tamara (Anja Djordjevic) listens to punk in her room. She suffers from puberty and the transition to adulthood. Although unaware until the end of the historical context in which she finds herself, on the wall of her room is Corto Maltese and a poster of KUD IDIJOT, which suggests that she is a rebel.

As it gets dark, guests start coming. Two parties take place, the one for children, disguised as a ninja turtle and the one for adults who are no longer sure of their identities. The plot moves very easily between the two parties, showing all the destruction of those who are now creating the world and leaving it to those who are yet to come. The former are indignant at the latter, with a complete lack of awareness that they too are partly responsible for the fact that the kids are like that and that their actions and decisions completely ruin the world they leave them.

For example, Mina's friends disguised themselves in a very colourful way. We can already see the beginning of the class conflict in a country where everyone was equal until yesterday. Most of the kids made costumes, and you had some real ones. A few bought gifts and some insisted that Minji make them. Children from the upper classes listen to turbo-folk, look beautiful, loathe improvised services and dream of roles from Burda. These others are having fun and talking about transportation to school.

On the other hand, the adults did not disguise themselves. Their lives take place under masks anyway. They hide problems, identities, love and adultery, sexuality and all that they are compared to what they would like to be, or more precisely, what is expected of them. That’s why Mina’s uncle decides to be a Celt. It is the identity that frees him from his superior, that he is a white man, a doctor, once a Yugoslav, now a Serb, expecting a heterosexual orientation. This also saves him from the tensions that are looming among his longtime friends, who are beginning to polarize politically and identity-wise at the moment when they are left without a country.

The Celts deconstruct the myth that they celebrated our birthdays in the 1990s just for us and reminds us that childhood is truly the most traumatic time in life. All of us who were born a little before and during the war, own photos of the colours of this film. The photos show a large cake with a few candles, god knows what, a bunch of adults and a bunch of kids. Everyone is smiling and happy, because every unhappy family is unhappy in their way, and all birthday photos are the same.

Milica Tomović and Tanja Šljivar, who is the co-writer, serve the audience an intimate diary entry, but also a whole picture of a society stuck in an unfortunate time. What is especially successful in the film is that many things are not named, but are hinted at through the post and procedures. So we have never heard in the film which year it is, but global events and music broadcast by radio and TV receivers indicate that it can only be 1993.

Celts offer an honest insight into the life of a family, very charmingly bringing to the surface difficult topics that were not talked about at that time in Serbia, such as homosexuality, impotence, experimenting with opioids… painting a portrait of people carrying the burden of uncertain times and lifting their fears and inadequacies on a pedestal and as the most sincere of what they are.

It is a work that shows how nostalgia can function only on the micro-level and how only on the micro-level it is not pretentious and tense. The situation in which we are nostalgic for something that intimately meant and shaped us, like family and friends in the microenvironment, in a certain historical context is much more sincere, alive and realistic than the one in which we suffer from a lack of a certain political or administrative construct.

Variation of review published at: LGBTI.ba 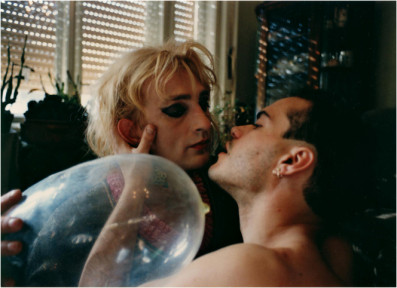