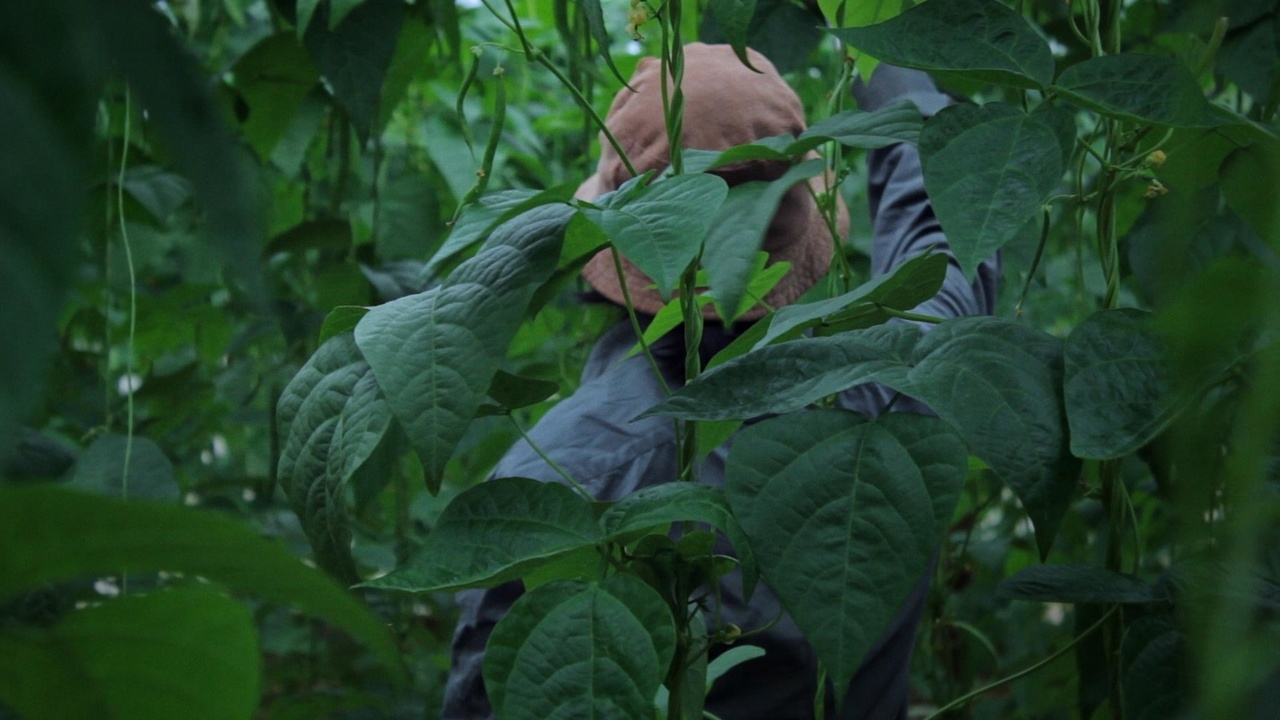 The Plastic House - review: Soltitute as the therapy

The life in a plastic house of Allison Chhorn

Australian-Cambodian director Alison Chorn's documentary debut is a deep, intimate journey into her chosen way of dealing with the tragedy she experienced. For about 46 minutes, she essentially shows her way of mourning her deceased parents, deciding to focus on physical work in their "plastic house" growing different types of plants.

The ambient and ambiguous nature of the documentary even brought him to the New York Film Festival, and at the Lima Film Festival, Peru even won an award at the International Competition. There's a reason why - despite its seemingly short duration and simple but very personal concept, Chorn manages to showcase his talents as a multidisciplinary artist in a documentary that resembles a live performance. This statement brings with it a series of criticisms because it can be interpreted quite pretentiously. To put it mildly, the way she expresses herself, through the series of monotonous and repetitive shots (in which the main protagonist is exactly her character who rarely changes expression) can be interpreted as sympathetically as alienatingly.

Although officially labelled a documentary, the way the director mounts the faint screen images from the moment her loneliness begins to the unpredictable weather conditions that disrupt her ritual, deeply suggests that the whole story takes place during a simple day of a lone worker. Her day is monotonous and simple, from planting, picking and packing the fruits, to the evenings spent on the same music system with the same cassettes.

A dose of speculation can be allowed that such an approach would be more powerful if the subject was not the author herself. This time she seems to be doing unintentional damage because most of the scenes are not understandable enough, but remind of an underdeveloped thought that only she knows where she is going. Whether the work is two-dimensional or three, connecting to a medium of this type is not easy and instantaneous, especially when the work is a complete product of one person and one vision.