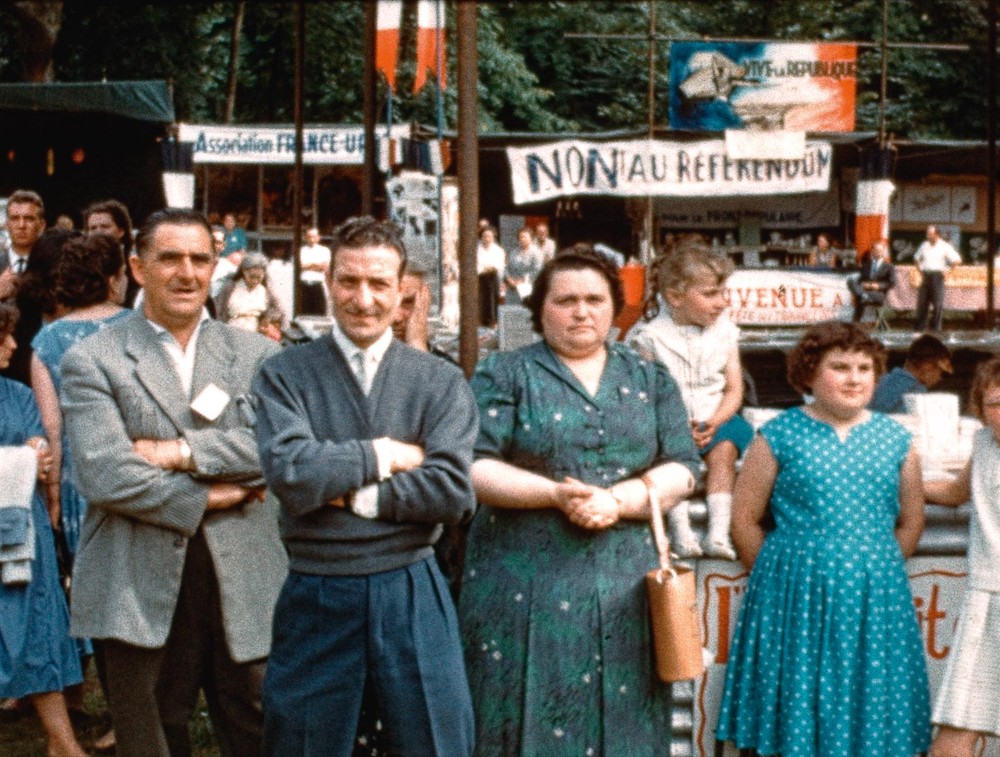 Returning to Reims (Fragments) review: My Family in The World Revolution

This is a story about the emergence and breakup of the working class, which is moving from the proletariat to nationalism and racism

The film Returning to Reims (Fragments) opens with the Reims board, which tells us that we have arrived at our destination and the story should begin. We get to know the buildings and houses of this strange town, waiting for the camera to stop at one, where the protagonist of the novel Return to Reims grew up. However, all the time, we are followed from the off by the female voice of Adèle Haenel, who conveys the sentences with which the novel begins, and we realize that the story is still led by the protagonist, not the protagonist from Eribon's novel.

Although Eribon’s book tells of his return to the city he left thirty years ago and is now returning to after the death of his homophobic father, to connect with his mother, discover the history of his family, and face issues of identity and self-denial because he is from the lower class, Périot spreads the story, and family history serves him only as a narrative and temporal basis around which he weaves the story of French history from the end of World War II to the Yellow Vest protest.

After touring the town, the first act follows, in which we meet the family tree of the protagonist through the female line, her grandmother and mother, and life under occupation, and then follows the birth of a new France, which presupposes any punishment of women and their mistakes, real or presumed. domination.

As she talks about the lives of her grandmother and mother, a mosaic of carefully selected clips from movies, documentaries, and television news illustrates this story, and we learn a lot about the culture of living, habits, and socio-economic situation. It is important to emphasize that Périot was also the editor of the film, and that is why the sound from the off and archival recordings of family and national history merge so naturally. Lower-class children finish school at the age of 13 and go to work in factories or serve in bourgeois homes where sexual harassment is common; working families are large and live in one-bedroom apartments. is great illiteracy. There is no possibility of legal abortion, as well as sexual education.

Some women have illegally aborted 20 times, while some decide to abstain after the fifth child, which arouses the anger of their husbands, who already believe that caring for children and household is not their thing and the time they spend in taverns. Women do not oppose this situation, but try to adapt to it by doing more and harder jobs, and trying to participate in male society. Through all this, the narrator tries to understand her family and her role in the world revolution, which implies a new strengthening of rights and racism on the global stage.

Through the second act, which deals with new French history, the question is constantly asked how her parents, members of the working class, became racists. With the arrival of Mitterrand as president in 1981, the working class expected to change, as he was a member of the Socialist Party, but hopes quickly faded because the new government wanted to satisfy the bourgeoisie's needs and expectations. The film ends with what we have witnessed in previous years in France, namely right-wing politicians Nicolas Sarkozy, François Hollande and, of course, Emmanuel Macron, whose policies have taken people to the streets. Yellow Vest protest united refugees, medical workers, LGBTIQ + people, workers, and all those who have somehow felt disenfranchised in their homeland, and raised their voices against oppression and human rights violations.

The book Returning to Reims, by sociologist and philosopher Didier Eribon, although closely related to France, has found audiences across Europe because it is a universal story of identity and dealing with one's self, just as Jean-Gabriel Périot's Returning to Reims (Fragments) tells a universal story. This is the story of the emergence and break-up of the working class, which is moving from the proletariat to nationalism and, unfortunately, is ubiquitous on the European continent.