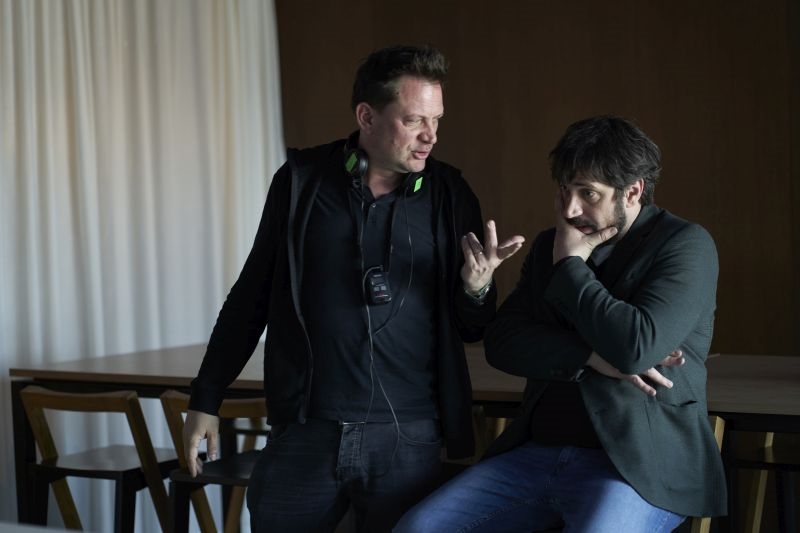 While we are waiting for the second episode tonight, check out our initial thoughts regarding the show!

After the extraordinary series The Last Socialist Artefact, Dalibor Matanić surprised us again with the first episode of the crime series "The Silence". Based on the novels Izborna šutnja, Ispovjedna tajna and Kijevska piletina by Drago Hedl, the series premiered last Monday on Croatian national television HRT with a furder deal to screen on HBO Europe. The series takes place in Osijek and Kyiv, Ukraine, and Matanić and his team not only met the high expectations of the audience but also surpassed themselves, dealing with a very important and socially relevant topic of child prostitution, which is rarely discussed in our society.

Director Matanić draws us into the series with scenes in which Igor Kožul (Zlatko Burić), a defender and fisherman, finds a young woman's body drowned in the Drava. With the opening of the investigation, he became a suspect, and the investigation was entrusted to Inspector Vladimir Kovac (Darko Milas) and Inspector Vesna Horak (Sandra Loncar), who in addition to completing the investigation, should keep their jobs in a constellation where corruption is present. there are constant shifts of both subordinates and superiors.

Since Osijek is not a big community and everyone knows everything, it is important to keep the case out of the eyes of local media, but the journalist of the local newspaper Stribor Kralj (Goran Bogdan) comes to important evidence and thus ensures himself monitoring the investigation. However, child prostitution is not reserved only in the Balkans. At the same time, similar things are happening in Kyiv where Olga (Ksenija Mišina), the wife of local powerful Ivan Horvatić (Leon Lučev), goes to participate in a gala reception to raise funds for the Children's Foundation, which she leads.

The first episode promised us that we would watch a top crime series to the end, convincing and strong, without pathos, clumsy tactical and armed manoeuvres, scattering weapons and we can't wait for the latest episode!

As in the series The Last Socialist Artefact the song, Konjuh planinom was engraved on viewers, so after the first episode of silence, the song Kad će zazelenit Slavonija by Đani Šegina, recorded in 1971, resonates within this show and its audience.

The first season of the six-part series was filmed from March to June 2021 at locations in Zagreb, Osijek, and Kyiv, Ukraine.

The script for the series was written by Marjan Alčevski, the producers are Miodrag Sila and Nebojša Taraba from the production Drugi Plan, and the director is Dalibor Matanić. The main roles are played by the famous Ukrainian actress Ksenija Mišina, Goran Bogdan, Darko Milas, Sandra Lončarić, Leon Lučev, Zlatko Burić, Tihana Lazović, and many other famous actors.

Along with HRT and Drugi plan, the series was co-produced with German Beta Film, Russian Star Media, Ukrainian streaming service OLL.TV, and as a co-producer the German public service ZDF / Arte joined the project. Beta and Drugi plan have signed further agreements with HBO Europe for Central and Eastern Europe, as well as with Lumière for the Flemish part of the Benelux, and additional territories are currently being negotiated. Series "The Silence" has been included in the prestigious Berlinale Series Market program.