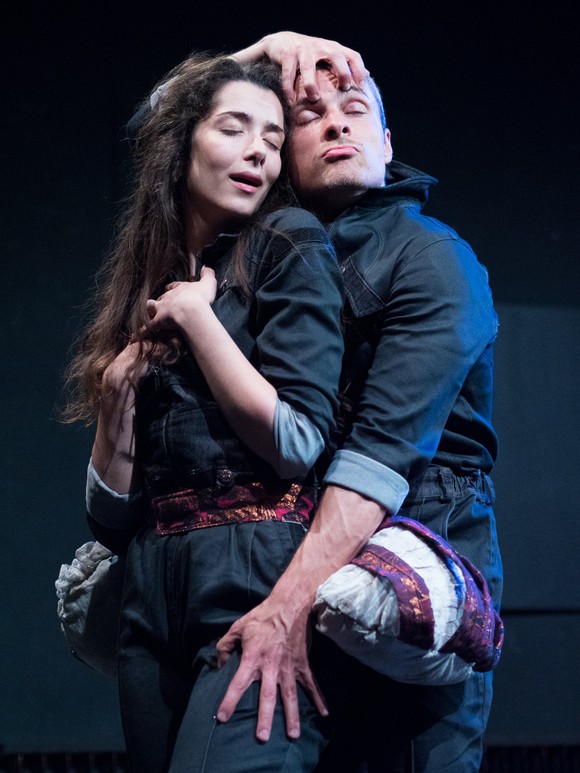 Sebastian Seibel´s twentieth international premiere of Hamlet For You saw  Lovro Krsnik in his directorial shoes, the same young director who spent days of early 2019. reading aloud most of the books that have since been banned from primary and high school curriculum. Using character-based comedy rather than elaborating further on the plot, perhaps aided by the fact it is one of the most well known literary works to survive to this day in its entirety, Hamlet offers here a whiplash of colloquial style and dry existentialism introduced through some rare, though incredibly nuanced moments that reveal the true dramatic power of what has intertextually left of Shakespeare´s skeleton. Indeed, the play itself now is perhaps a well-thought meta-creation of a mouse trap. Instead of witnessing it in full honestly (the comical relief, through usefully satirical is on some points too much) as a part of the integrated whole, the production is an ever-growing lesson in cross-communication and exchange of energy in a dramatic level of “nowness”.

By breaking repeatedly the fourth wall, the interchanging camaraderie is created with the viewers, playing now on a perhaps more interesting notion of manipulation with masses albeit, in good faith. In truth, Hamlet here is posed as a cornerstone of archetypal struggle of living one´s own past and path. Hamlet is more than just “action”, it is the  sum of all possibilities that suffer us unto inactivity and perpetual doubt, yet we push on and on into the whirling minnutes of cabaret, bringing forth the moveable feast of all those recognizable book-report moments of Polonius, Gertrude and Ophelia , jazz and playing with the beat of the moment created with the audience. An exhilarating acting duo of Tea Šimić and Zoran Pribičević, with the original music done by Dino Seferović here deliver Hamlet, much too close to a man prejudiced to the utmost, leaving the mirages of Shakespeare to be found in the rare, Tom-Stoppard alike pieces of Rosencrantz and Guilderstren Are Dead. The rest is consumerisation, some hope and eternal silence. 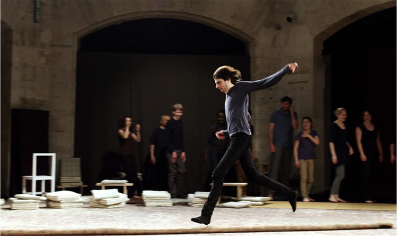