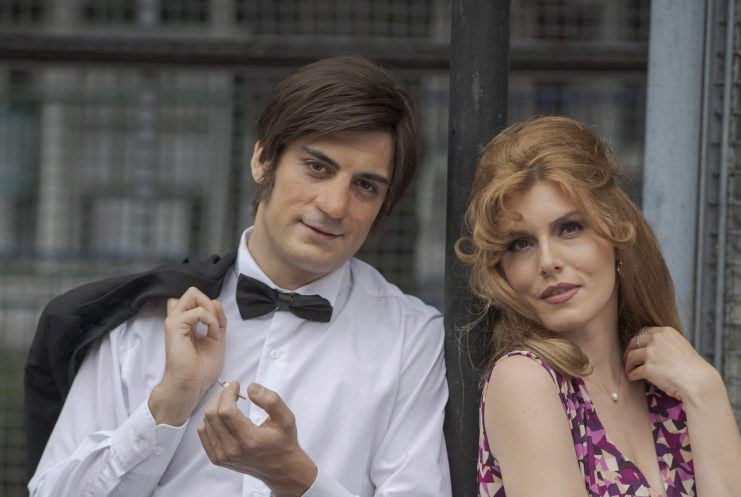 Toma is produced by Dragan Bjelorlić and Željko Joksimović through Cobra Film and Minacord Production, respectively.

The shooting of the full-length feature film "Toma", directed by Dragan Bjelogrlić and Zoran Lisinac, has begun. The project of this film was (with 45 million dinars) supported at the Competition of the Film Center of Serbia for co-financing the production of domestic feature films in July 2018.

It is planned that this film will show the very beginnings, just like the peak of Tomo Zdravković's fame, his love that inspired him when composing some of the greatest hits, just like the relationship with a large number of friends he had in the artistic milieu of former Yugoslavia. In addition to Toma, through the film we will follow the lives of famous artists of that time: Dragan Nikolić, Bora Todorović, Zoran Radmilović and others.

The film is written by Nikola Pejakovic, Dragan Bjelogrlic, Zoran Lisinac and Maja Todorovic. The director of photography is Goran Volarević (who has already collaborated with Bjelogrlić - in the case of the film diptych and the Montevideo series), the author of the music is Željko Joksimović, and the costume designer is Boris Čakširan.

Producers are Dragan Bjelogrlić (Cobra Film) and Željko Joksimović (Minacord Production), with the support of the Film Center of Serbia and Telekom Srbije.

The film will be shot for approximately 60 days at various locations in our country (Valjevo, Belgrade, Perlez, Tara, Baranda, Pancevo, Prijepolje, Dolovo, Zrenjanin).

The film is scheduled to premiere in early 2021.