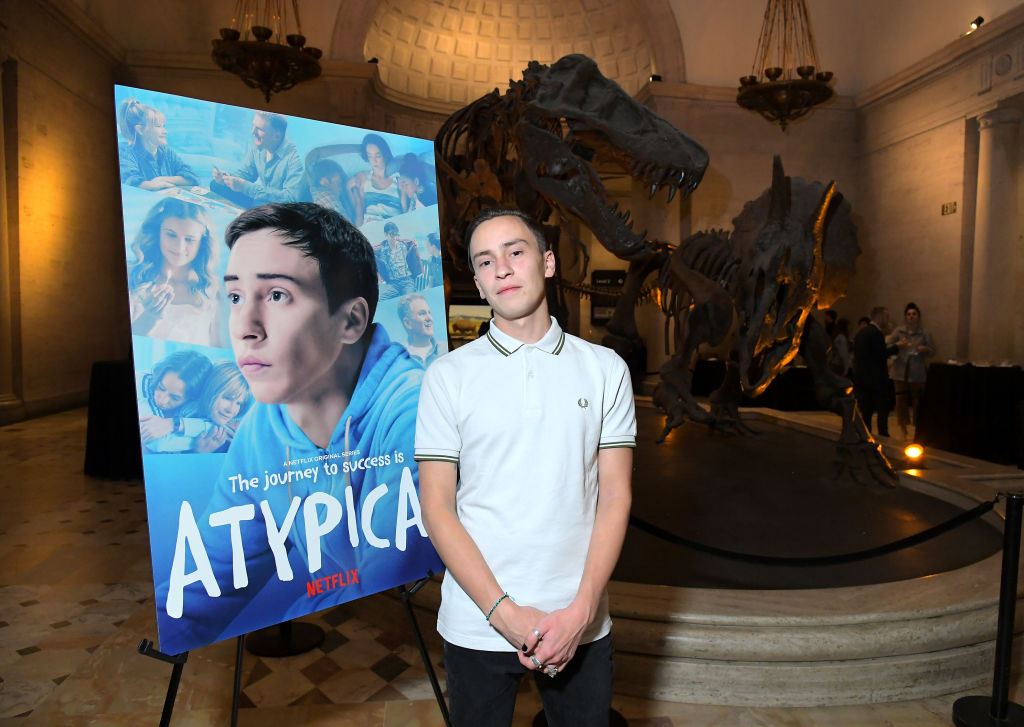 Atypical's new season is out!

A show that is always growing

The third season of the coming - of - age dramedy is available on Netflix. Since November 1st, fans can follow new episodes of the series centered around Sam Gardner, this time as he takes the next step into independence – college.

To introduce the readers who may not have seen the first two seasons, Atypical deals with the life of Sam - actor Keir Gilchrist - an autistic 18-year-old, and the lives of his younger sister Casey - actress Brigette Lundy-Paine - mother Elsa - Jennifer Jason Leigh - and father Doug - played by Michael Rapaport. While the show focuses on Sam, throughout seasons remaining characters and their lives come more into the light, and their plotlines become less directly connected to the main character.

At the beginning of the third season, we find Sam ready to start college and unwilling to use the institution’s disability services. He believes that he can go through the university experience on his own, with enough organizational efforts. Casey is thinking about her future and dealing with feelings for her friend Izzie, while their parents are trying to figure out what is the next step for their marriage, while Elsa deals with an existential crisis, now that her children are growing up.

The show faced criticism for its portrayal of autism

The writing in this season feels more confident, and it is creating space for the individual development of every character introduced, including Sam’s girlfriend Paige - actress Jenna Boyd - who is now off to college and has to deal with homesickness and adolescent let-downs. There is also joy in watching his best friend Zahid - actor Nik Dodani - taking his nursing future seriously as we slowly starting to see the person behind the shtick.

The biggest critique for the show since the beginning was the representation of its main character who is on the spectrum. Many have pointed out that Sam is often behaving as a mix of stereotypes, especially in the first season. Haley Moss, for Huffington Post, wrote: "With autism, it isn’t always this obvious, and at least for me, the awkward moments and miscues are more nuanced. These stereotypes are damaging to autistic people, their families, and their friends.”

While Leslie Felperin  (Guardian) commented: "Often it feels like Atypical’s writers have combed through the literature – the many academic accounts, memoirs and so on – and extracted, intensified and amplified all the most obvious autistic behaviours."

This did improve in the second and third season, especially in regards to family dynamics - where a dominant feeling was that their son's autism ruined their lives, and the depiction of his problematic - sometimes abusive - relationship to Paige did change for the better.

The show created by Robia Rashid - worked on The Goldbergs, HIMYM - has seen its ups and downs when it comes not just to autism, but the general character and story development, yet it is constantly listening to the advice and working on itself to be better. We hope that it will get a chance to improve even more and show us what it can become.