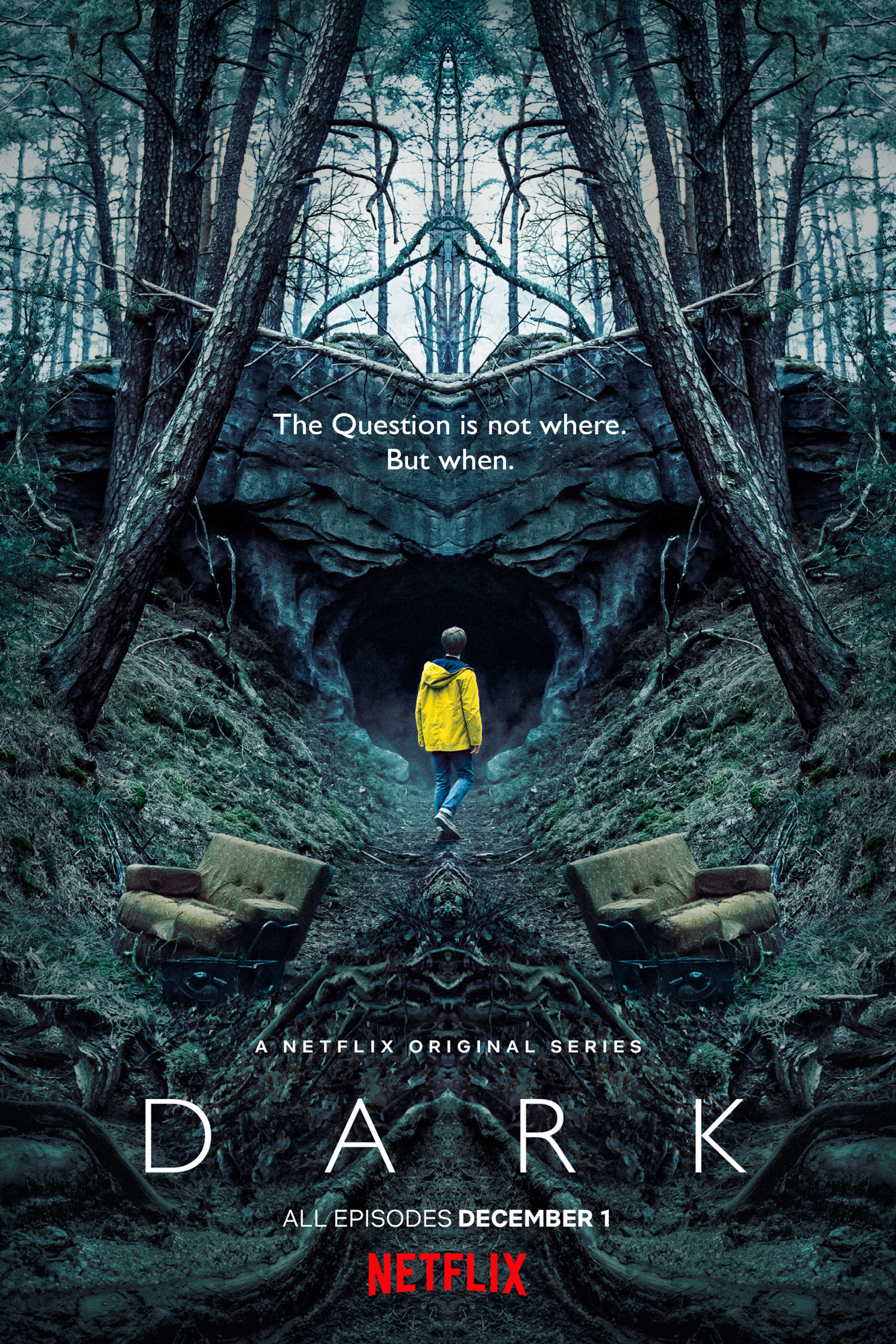 "Time past and time future

Point to one end, which is always present"

There are days that change our lives because there are moments we cannot avoid. The fleeting, somnambulistic quality of choice and fate has always had a distinctly disturbing quality, especially because it comes across in the most mundane ways. Who can tell the fate from an accident and who, in turn, can advocate the righteousness of our choice? The nauseating feeling of an irreversibility event the guilt that comes in every waking hour when we feel our heart wounded and taken away from us, the weight of presence, of absence, the timing and existence, the sour "tomorrow, and tomorrow and tomorrow" into the unknown, the nowness of us- it has been mercilessly revived in Dark, the first-ever German Netflix production.

In a bleak town of Winden, every teenager's nightmare, through an aesthetic which would put Twin Peaks and haunted hills of Dracula to shame, with a steady camera and calm flow, the stories unravelling before us are ever-flowing. It rains a lot in Winden. There are many woodland paths where generations of people have been fought with, sought after, there is an old cave with one entrance and a labyrinth worthy of a Greek legend. Also, many people disappear in Winden only to reappear on the other side of the now.

“It rains a lot in Winden... and also,
many people disappear in Winden.”

Whan begins as a simple coping of a coming-of-age Jonas in his late teens after his father Mikael committed suicide, widens in a kaleidoscope of realities. Three months after his father's death, his best friends' brother aged 9, Mikkel, disappears in the hollow of the cave. The father of the missing boy, Ulrich, a local policeman, is notified after a few days search they have found a young boy's body, which uncannily reminds him of his own brother who went missing 33 years ago.

The basis of the show questions, delicately and almost innocently, the premise of a well-known paradox. Namely, the present is not only affected by our past. Our past is indebted and affected, equally, by the future. The unending circle of repetition opens up every 33 years and the flow between the 50s, 20s, the present and 33 years from now is tested cruelly by those who try to mend the errs.

Those are our heroes who are making a choice, unknown to them but to the Universe, they are all the same. The cold logic and inadvertently harsh presence in the most unexpected ways, as they try to fight for the next moment, as they leap forward in hope.