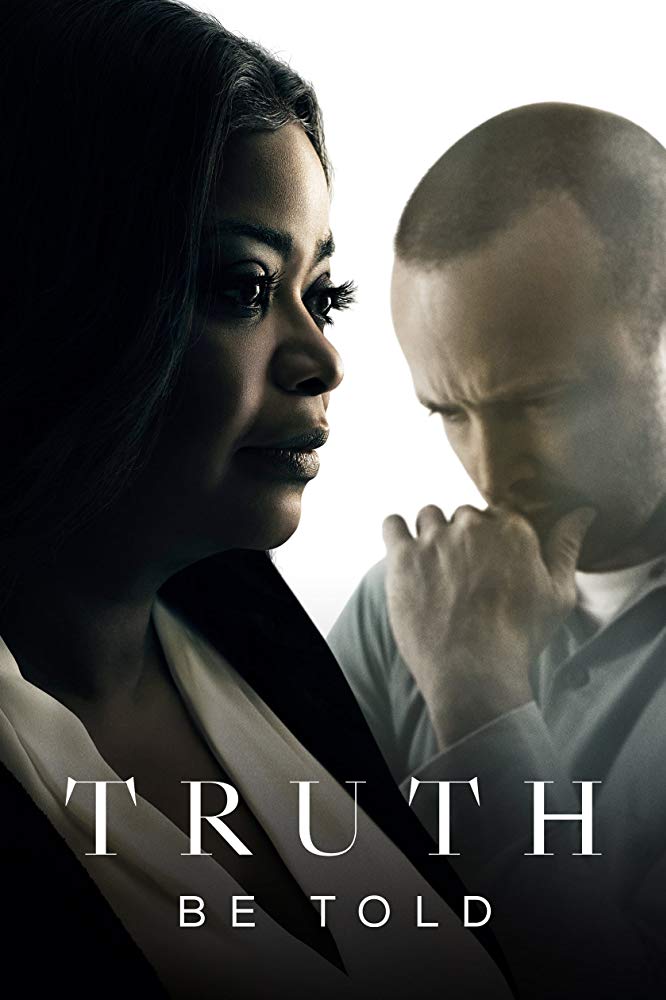 Truth Be Told - True crime and American infatuation with podcasts

The American public is fascinated by podcasts. Among the most well-known podcasts, The Serial, which deals with the true solved and unsolved crimes in America, stands out. Investigative journalism has been given the freedom to act like never before. It was Serial who influenced writer Kathleen Barber to write a book on her own about a true case that horrified her, as it rocked the American public. The book is called Are You Sleeping, published in 2017. Apple + on January 3, 2018 orders the production of an eight-episode mini-series by Kathleen Barber. The novel was adapted by Nichelle Tramble Spellman and then joined Reese Witherspoon with her production company Hello Sunshine. When Octavia Spencer joined as lead actress, it paved the way for impressive casting. The phenomenal Lizzie Kaplan - from Castle Rock; Aaron Paul- from Breaking Bad; Elizabeth Perkins - from The Flintstones. It would be said - success is guaranteed. But is that right?

Popular podcaster Poppy Parnell is re-examining the old murder case, as she is no longer sure that the real killer is behind bars.

Poppy Parnell- starring Olivia Spencer, podcaster, became famous during a trial during which young Warren Cave - starring Aaron Paul - was found guilty of killing Chuck Burnham. Poppy marked him a culprit in her podcast, also as Lanie Burhman - starring Lizzy Kaplan, daughter of the late Chuck. Lanie was the crown witness in the murder trial and testified that she saw Warren jump over the wall with a knife in his hand. Lanie has a twin sister, Josie (starring of course - Lizzy Kaplan), who changed her name and went to live away from home. That Lanie was not entirely sure in the testimony, show the footage from the retrial at the request of the defense. Poppy sees this video for the first time and be shaken because now she thinks young Warren is not the killer after all. She soon discovers that Warren's mother, Melanie Cave - starring Elizabeth Perkins, is going to chemotherapy and won't be resisting a serious illness for a long time. Poppy launches a podcast and embarks on a new reconstruction of the old crime scene.

Are You Sleeping - novel author Kathleen Barber got her inspiration from listening to the podcast. But what motivated her most was the desire to show people that podcasts have an impact on real people. People suffering from reliving the tragedy. The author was struggling with a lack of empathy in American audiences, which relishes juicy family tragedies. The writer's opinion is shared by the author of the series, Nichelle Tramble Spellman. She conceived the mini-series as a kind of drama that shows what podcasts do to real people and families. It is not just suffering, there are suicides - careers and families being destroyed.

Some things were worked well because of a top crew of actors on set. But there is still a discrepancy between the thriller elements of the series and the drama. The drama part is quite a failed, and the quality has not gone beyond some level of mediocrity. The Thriller component of the series is slightly better, though. And all thanks to the excellent Lizzie Kaplan. To her lie the roles of maniacal women, so much so that she captivates the screen only by appearing. The full hit for the series is just Lizzy. Octavia Spencer won the Oscar for Best Supporting Actress for her role as Minnie Jackson in The Help, 2011. But Octavia, you love or don't like it. In Truth Be Told, Octavia is good. Not great, but good. The rest is up to you. You either love her, or you don't. One of the things we need to notice is the decision authors to have the series eight episodes. As many as eight episodes. If it had been six or possibly four episodes, the pace would have been faster, and it wouldn’t have taken as much to spread the story of the Poopy Parnell family. That part of the story by no means follows the quality of the story of Chuck Buhrman's murder and the consequences to the lives of people who are family involved in the event. There is a noticeable difference in the quality of the two separate levels of the story. The story spread so much on Poppy that the focus of the basic story is eventually lost. As soon as the action focuses on the actual event, Lizzy Kaplan catches your attention.

What is the price of truth? The tragedy of the past causes a new one in the present.

The intent was to focus the story on the tragedy caused by the podcast, reopening old wounds. The truth must come to light of day? Yes, but at what price? After watching the series, we have to wonder if the price of truth is so crucial. Or the truth is overrated. There is no right answer. It depends on each of us. Not bad that the authors of the Truth be Told series have shown us that things are relative. Old victims may be rehabilitated, but there are more new victims and tragedies than we would like. Had the series been renamed The Price of Truth, the essence of this whole podcast story would have been hit. What the intention of the author was, it was presented to us. Each of us must decide for ourselves whether the Truth is worth all that we have seen.