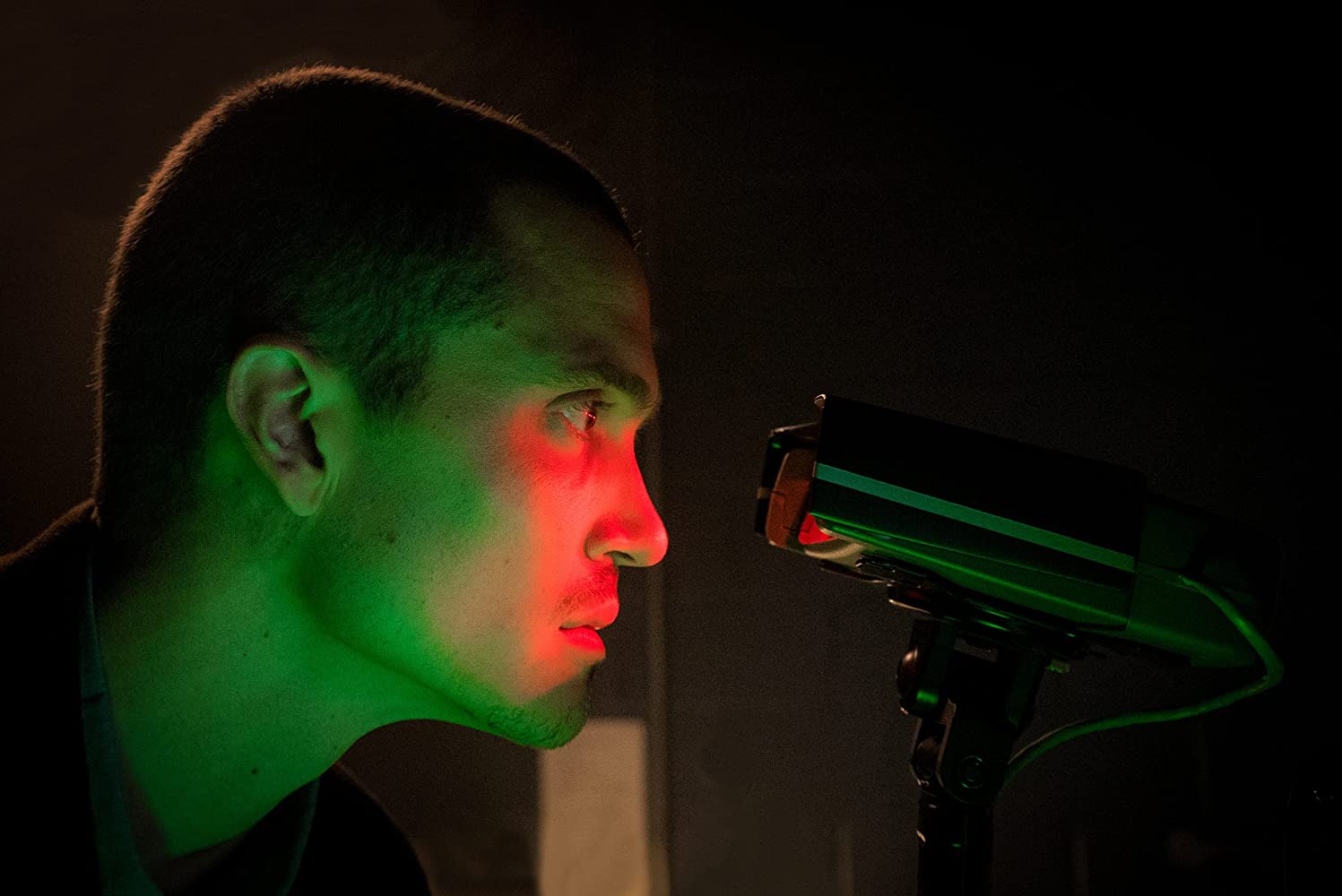 Alex Garland could have been the new guru of the digital generation, which appeared in the early and mid-1990s. After the great success of The Beach movie, 1996 (do you remember Thailand and Leonardo DiCaprio?), Garland was the writer of the generation. He liked writing screenplays for the film, so he was successful as a screenwriter. 28 Days Later, Sunshine, and Dredd, all be very successful. 2014 Garland directs his first film Ex Machina, with Alicia Vikander and Sonoya Mizuno in the lead roles. Ex Machina is an SF film that thematizes the relationship between A.l. and mankind. The mentioned film is a direct connection with this year's mini-series Devs. And not only that, Garland has once again entered SF waters in which he deals with the themes of artificial intelligence and its impact on all aspects of human life. Or death.

Another direct connection to the movie Ex Machina is Sonoya Mizuno, who plays the lead female role in the Devs series. Sonoya is some kind of Muse to him, at least as far as SF themes are concerned. What questions does Garland ask, and what answers does he give in the Devs series? It mainly deals with the relationship between artificial intelligence and life extension through the digitization of reality. At least one of the possible realities.

When Sergei disappears after getting a promotion, his girlfriend Lily persistently investigates what happened that night in Amaya.

Young computer scientist Sergei - starring Karl Glusman is on the verge of great success in his career. He was invited to step into the Devs project within the IT giant Amaya. It is a program in which only four-five people work, including the owner, tycoon, and visionary Forest and his assistant Katie - starring Alison Pill. How important the secrecy of what is done in Devs is Sergei will experience firsthand. After it is discovered Sergei is a Russian spy, Forest ordered Sergei must die! And death is portrayed as a suicide. Lily Chan - Sonoya Mizuno, his girlfriend who also works at Amaya, cannot accept it. She, with the help of her ex-boyfriend Jamie - starring Jin Ha, a cybersecurity specialist, tries to expose Forest and his security chief, Kenton.

The short content is reminiscent of a classic techno-thriller? So it is at the beginning of the series. At least in the first 5 episodes. But then in the last few episodes, Alex Garland begins with deterministic stories.

If you change the Roman V to the letter U, you will get Deus instead of Devs!

Through the character of Forest, who is a ‘visionary’ with a motive (to somehow bring back at least the digital memory of the slain daughter Amaya), the possibility of artificial intelligence is discussed to give us at least the illusion of eternal life. Of course, this is a feature of Divine revelation - eternal life. That's why the project is called Devs. If you turn Roman V into the letter U, you get Deus ( God )! It means that a rich visionary is playing God. Through deterministic philosophical discussions with his assistant and companion Katie, viewers gain some insight into Garland’s intentions regarding this complicated story. Everything is there. From the theory of countless parallel worlds taken for granted here, to quantum physics and digital qubits (pixels to the nth potential).

At one point Forest / Garland shows us success through the blurred appearance of the Man on the Cross, through a digital image in the Devs lab? If physics connects with deterministic cause and effect theory, and you have the most powerful computers in the world, then anything is possible. The jump into the past, and then into the future. After that, we see tasteless footage — the appearance of Marylin Monroe making love to skinny Arthur Miller, whom we recognize by thick glasses with tortoiseshell. And just when you think history is unwinding in the new digital archive of the past, Garland / Forest takes the final step in this SF charade. In the manner of God, he succeeds in transferring his life, which he did not have in this deterministic reality, at least not in the direction in which he wanted it, to a kind of digital otherworldly paradise. Well, I've told you too much now. Although, if you watch this SF-thriller-philosophical series, not everything is always clear. The clearest is the thriller elements, while philosophical discussions of the physics and quantum nature of supercomputers may be too strenuous. I watch and marvel a little at Garland. How after The Beach he went in the direction of a digital paradise. A neo-hippie in his final destination? Heaven of your choice, do you want it at all costs? Then make some five, six billion dollars, and you can have it. At least that's what Garland claims.

Nick Offerman did very well in the role of Forest CEO of Amaya.

As for the production of the series, I must mention the great soothing music. She somehow transcendentally manages to conjure up the digital universe of Garland’s vision of heaven. What could not be said about the casting? Mediocre actors, including Sonoya Mizuno. She is the best in the acting of the monotonous and dormant state of the androgenic computer scientist. But in the fiercer action scenes, Sonoya isn’t very convincing. The others somehow did their roles pretty pale, without needful energy. Except for Forest, played very well by Nick Offerman.

I am still obliged to mention the unusual scenography of the Amaya complex. The golden walls, instead of the white ambient contrast to the usual glitter of SF, remind me of chocolate foil. Somehow I doubt that was Garland's intention. As well as an unusual square digital grove at the entrance to the Devs. Whether it’s a digital ornament or has some visual meaning - I don’t know. Since SF fans are among the most loyal audiences in the world, I have no doubt they will like this. The mini-series has only eight episodes. It’s no problem to look at it all and judge for yourself if you agree with Garland’s vision of the digital afterlife we choose for ourselves. Or you prefer to be surprised by the other side. As I would choose.